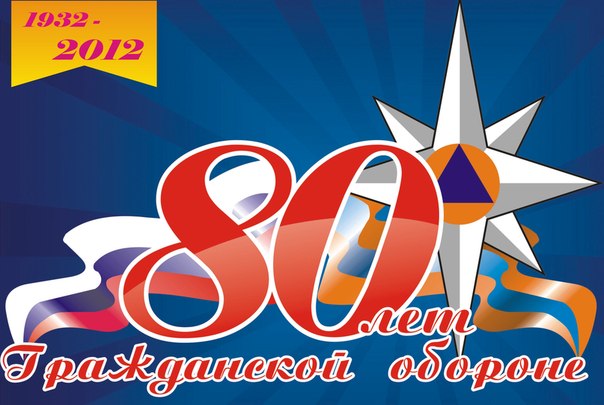 4 October, the 80th anniversary of civil defence of EMERCOM of Russia will hold large-scale exercise for civil defense for all Federal agencies, municipalities, emergency services and the public.

As part of the training in the regions of Russia will participate in the educational activities aimed at improving the skills of leaders of civil defense and readiness checks of various departments and services, to liquidation of emergency situations. Coordination of all activities within the training will implement the national control centre in crisis situations of EMERCOM of Russia.

Legend training involves numerous man-made and natural emergencies. Each region will consider a hypothetical situation typical for the area: wildfires, earthquakes, threats of radiation and chemical facilities. The exercises will be held in two stages. During the first will be notification of authorities and collection management staff. The participants will exchange information in the field of civil defense. The second stage will be practiced practical issues. Experts deployed and will alert the issuing of personal protective equipment, receiving evacuees and the population of field points of food, you also deploy the posts of radiation and chemical control, established the headquarters of the fire and more. Rescuers will train in search of victims, demolition debris, and medical assistance. As part of the training will be conducted informing the population on the system of the centralized alerting, radio, television and the all-Russian complex system of informing and warning the population (OKSION) on the activities undertaken as part of the training. Alert the public as part of the training will be conducted without the use of sirens.

After completing the practical part will include speeches by Minister Vladimir Puchkov and the heads of Federal bodies of Executive power. 4 October in the framework of the 80th anniversary of civil defense throughout the country, to the public, will be organized for the population, the following activities: open days at fire stations and museums of the Ministry of emergency situations of Russia, exhibition of firefighting and rescue equipment, demonstration of rescue technology and meetings with veterans.