25 of the Minister of EMERCOM of Russia presented awards to the staff and volunteers who took part in liquidation of fires in the Volgograd region on August 22 and 23. The head of Department praised the professionalism of rescuers and firefighters, readiness to perform tasks in difficult conditions. The ceremony was held in the premises of the Main Department of EMERCOM in the Volgograd region in the framework of the working visit of the Minister.

According to statistics, this year the most difficult situation has developed in several areas of the region and in Volgograd. After successful localization, multiple fires, August 23, the situation has deteriorated. As a result, a decision was made on the introduction of the city and region of the state of emergency. The disaster management of the region and agencies sent more than 5,000 people and 2,000 units of special equipment. Thanks to the skillful actions of rescuers, police officers, firefighters, employees of the Ministry of defence and volunteers, the situation was brought under control.

The head EMERCOM of Russia noted the courage of the firefighters, the ability to organize the coordinated work of representatives of different departments. This allowed us to localize the fire and prevent the spread of fires in settlements.

After the ceremony, the Minister held discussions with the staff of the emergency Department and called for fire rescue part. The Minister conducted an inspection of the maintenance, garage with vehicles and point of contact. Special attention Vladimir Putin paid to the verification of the guardhouse. The Minister was satisfied with the working conditions of personnel and condition of fire fighting equipment, as stated during the conversation with the leadership of the EMERCOM in the Volgograd region. At the end of the visit the Minister traditionally wished the firefighters "dry sleeves". 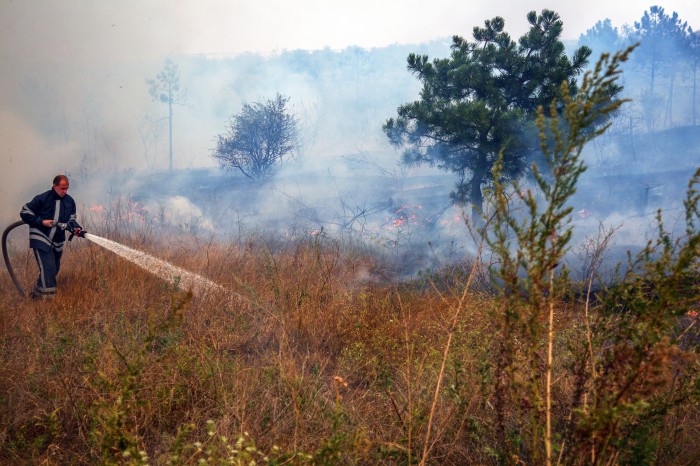